Glue ear is a middle ear infection that causes temporary hearing loss. It causes the fluid to build up in the middle ear and typically affects young children. Glue ear often develops after a cold and can resolve on its own. However, if the tube that connects the ear to the throat becomes blocked, the fluid will not be able to drain from the ear and will block sound from passing through to the inner ear. Glue ear can have a significant impact on your child's development, as hearing loss can impair speech development and can cause your child to withdraw in social settings.

Grommets are surgically placed in the eardrum, and the procedure is carried out using a general anaesthetic. The ENT specialist will make small incisions in your child's eardrum and the grommets will sit securely in the incisions. During placement, the fluid is drained from the middle ear, and the grommets are positioned to encourage good airflow within the ear, which can prevent further build-up of fluid. As the small incisions in your child's eardrum heal, the grommets will gradually move and eventually fall out of the eardrum. When the eardrum is completely healed, your child's hearing should be restored and the procedure is not typically associated with any lasting damage to the ears. Your child's doctor will carry out a follow-up ear exam to ensure the eardrums have healed well and there are no signs of infection.

Adjusting To Life With Grommets

Grommets can remain in place for many weeks, and you will need to take some precautions to ensure your child's ears do not become infected while they are in place. Do not let water get into your child's ears, as the grommets will allow the water to flow beyond the eardrum, and this could allow a bacterial infection to take hold. So, it's best to avoid swimming, and you should cover your child's ears with a shower cap when bathing. When your child's hearing is restored they may initially feel overwhelmed by the noise in their environment. You can help them adjust by making ear defenders available for them to wear for the first couple of weeks and limiting their time in noisy environments.

If your child is experiencing symptoms of glue ear, such as inconsistent hearing, ear pain, ear itchiness or issues with their balance, have their ears examined.

For more information about child grommets surgery, contact a doctor. 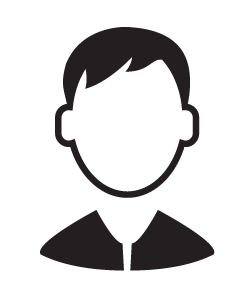 Hey! My name is Walter and this is my new blog. For many years, I have experienced problems with my ears and throat. I just put up with them and tried to get on with my life. However, I really had trouble a few months ago and I had to take a lot of time off work. My wife suggested that I book an appointment with a doctor so I could get things checked out. The doctor referred me to an ENT specialist who diagnosed the problem and performed a treatment which fixed things up. I decided to start this blog to advise others.